For years, residents of the CARE and Dunbar-Broadway neighborhoods in East Baltimore—areas with the city’s first and third highest crash rates per resident—have called for increased pedestrian and traffic safety measures on Orleans Street, Clara Longo de Freitas reports for The Baltimore Banner. Though the city has made some changes requested by residents, many in the neighborhoods said more are necessary.

How have residents advocated for these changes?

Over the past five years, CARE residents placed over 300 calls for service on Orleans Street, including reporting illegal sign removals, marking and pedestrian pathway complaints, and street repairs. They also bombarded the Department of Transportation with emails and photos of car crashes, ultimately securing a red light camera for the corner of Orleans Street and Patterson Park Avenue.

But some residents said that more speed cameras, traffic lights, speed bumps, and stop signs would help slow down cars that barrel through the neighborhood. Some have also asked the Department of Transportation to offer safety improvement recommendations, said Cynthia Gross, the president of the CARE neighborhood community association, adding that “it seems like it’s very hard to get that from the DOT.”

The Department of Transportation said in a statement that it has addressed some of the residents’ concerns, including repairing “traffic signal structures,” and upgrading signs and pavement markings. The department also said it’s working on improving visibility and evaluating methods to calm traffic near North Castle Street. 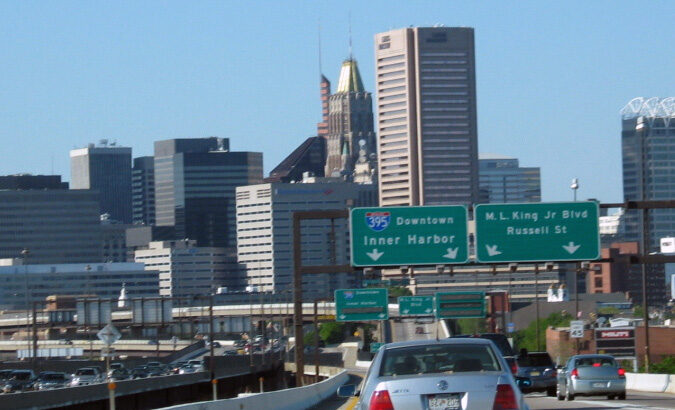