Detective Jeffrey Lilly is suing leaders of the Baltimore Police Department after he was suspended without pay and served a criminal warrant in what the lawsuit calls a “continuous campaign of pressure” to prevent a separate negligent death lawsuit, Lee O. Sanderlin reports for the Baltimore Sun. Lilly’s attorneys claim that his case demonstrates the department’s failure to reform its internal affairs division in accordance with the Department of Justice’s consent decree.

What are the details of the lawsuit?

The lawsuit centers around the death of James Blue, who was shot and killed in January. When Blue was killed, the police had already issued two arrest warrants against the suspect, 18-year-old Sahiou Karbo, but had not yet arrested him, which officials blamed on scheduling and overtime issues. Lilly’s lawsuit alleges that the department feared a negligent death claim from Blue’s family, including his wife, public integrity bureau captain Lakeisha Blue, and her stepfather, former colonel Robert Smith.

According to the lawsuit, Blue had previously agreed to raise French bulldog puppies for Lilly, and though Lilly tried to retrieve the puppies from Blue’s family after he died, they refused to return them. Lilly’s attorneys argue that this became the basis of a sham internal affairs investigation into Lilly that the department only allowed to escalate in order to pacify Smith and prevent further legal action from the Blue family.

“The plaintiff’s allegations stated herein show that corruption and misconduct in the Baltimore Police Department are perpetuated by its policymakers and leaders,” attorneys Michael Turiello and Patrick Jennings wrote on Lilly’s behalf.

In May, BPD lawyers received a letter from attorney Bill Murphy expressing the Smith and Blue families’ intent to sue the department, but a lawsuit has not yet been filed.

You can read more about the lawsuit, and the events leading up to it here. 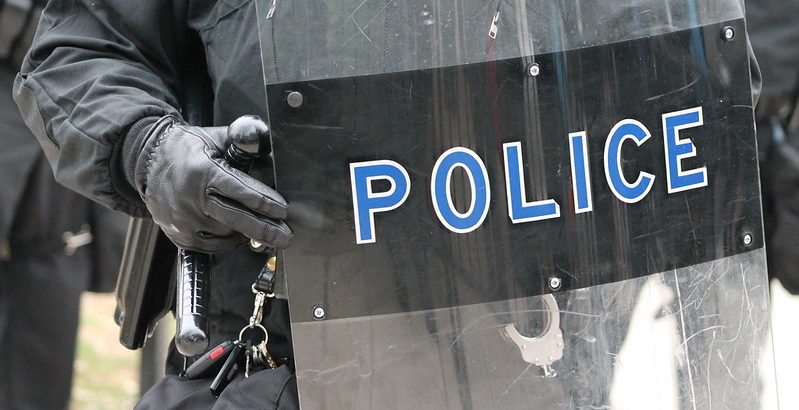 Reporters Are Struggling To Get Disciplinary Records For Baltimore Police Officers