Public health academics in Baltimore are advocating for the city to be more transparent about the availability and distribution of monkeypox vaccines, particularly for the LGBTQ community, Giacomo Bologna reports for the Baltimore Sun. The virus—which spreads through close contact and causes lesions, fever, chills, swollen lymph nodes, and other symptoms—has primarily impacted men who have sex with other men.

What information is already available about the disease?

Of the 3,000 confirmed cases of monkeypox in the United States, at least 71 are in Maryland, according to the most recent data from the U.S. Centers for Disease Control and Prevention (CDC). Health Commissioner Dr. Letitia Dzirasa said the state allocated 200 doses of the Jynneos vaccine for monkeypox to Baltimore, though she did not confirm how many of those doses are still available.

“We must work to match equity with access to such an extremely limited supply of vaccines,” Dzirasa said.

Tom Carpino, a doctoral student at Johns Hopkins Bloomberg School of Public Health, echoed the concern in a letter urging Baltimore officials to be more proactive in their efforts to inoculate vulnerable populations. Carpino advised leaders to learn from the mistakes of other cities, which he said have disproportionately administered vaccines to white, higher-income, cisgendered men.

“Across the country, monkeypox has been met with a lack of urgency, coordination, and challenges for testing, vaccination, and treatment. We see Baltimore as uniquely poised to lead in how to best combat this outbreak,” Carpino wrote in the letter.

The state expects to receive more doses, as the federal government plans to distribute about 1.6 million doses before the end of the year, however, most of these have not yet been packaged or produced. 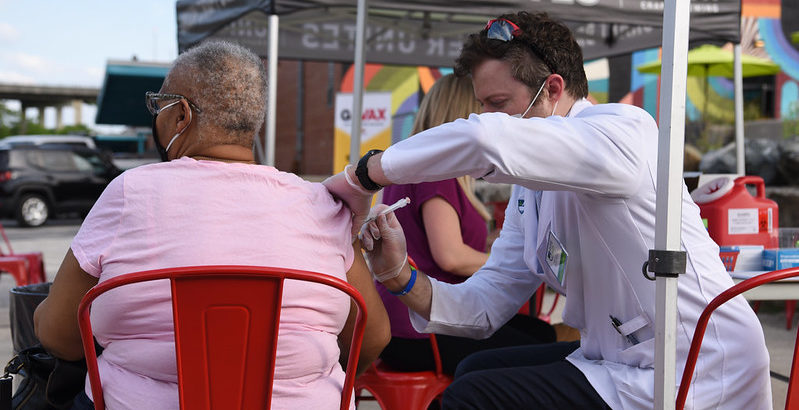