On Tuesday, a Baltimore grand jury indicted the 15-year-old squeegee worker accused of fatally shooting the motorist who approached him with a baseball bat on first degree murder and other charges, Lee Sanderlin, Alex Mann, and Cassidy Jensen report for the Baltimore Sun.

How did the defense attorneys respond to the indictment?

Under the current charges, the case will unfold in Circuit Court, but reportedly the defense will attempt to persuade the judge to transfer the case to juvenile court to avoid a potential life sentence if the teen is convicted, said attorney Warren Brown. A juvenile court sentence would cap the teen’s detainment to his 21st birthday.

Before the indictment, the defense stated that the teen acted in self defense, and Brown said their team has not yet received from the prosecution crucial evidence, like the witness list or autopsy report, that could help them build their claim. “I’m in the dark right now,” Brown said. “I don’t know what they have beyond what was in the statement of charges, which was kind of broad-brush offerings.”

The teen’s preliminary hearing was originally scheduled in late July and then rescheduled for Aug. 11. The delayed hearing was meant to give the prosecutors more time to gather evidence, however, they pulled information together more quickly than expected, Brown said. 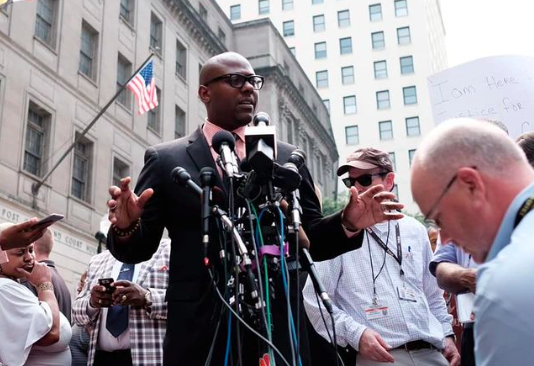