Throughout the Covid-19 pandemic, local artists transformed Baltimore saltboxes—self-serve, wooden bins of salt distributed to street corners for the snow season—into a celebration of the city’s celebrities, inside jokes, and beloved symbols and icons, Casey Cep writes for The New Yorker.

What started the saltbox trend?

The first was decorated by Juliet Ames, an artist who grew up in the Lake Walker neighborhood and now makes jewelry out of broken china. In late 2020, Ames spotted a saltbox on West Thirty-sixth Street and Roland Avenue that lacked the usual spray-painted label. Ames crafted her own from leftover china, attached it to the box, and uploaded a photo of it to her Twitter. Soon after, other artists and Baltimore residents began decorating their own saltboxes and tagging the photos with Ames’ #baltimoresaltbox. Now, these boxes have become a Baltimore staple.

“The Ravens and the Orioles showed up, of course, but so did the labels of Old Bay, Rapa Scrapple, National Bohemian beer, and Utz potato chips. Characters from ‘The Wire’ started appearing on boxes, as did Edgar Allan Poe, who died in the city, and F. Scott Fitzgerald, who lived there for a while,” Cep wrote. “Mayor Brandon Scott saw his exchange with a heckler go from remix to salt box in record time when the “Shorty, pull ya mask up!” box premièred.”

Robert Atkinson, a 10-year resident of Baltimore living in Hampden, started the Instagram account @baltimore.saltbox and a geotagged map for residents to explore boxes throughout Baltimore neighborhoods. 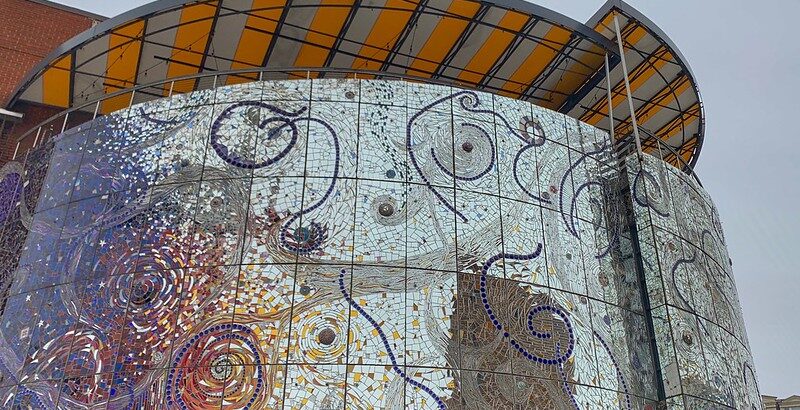